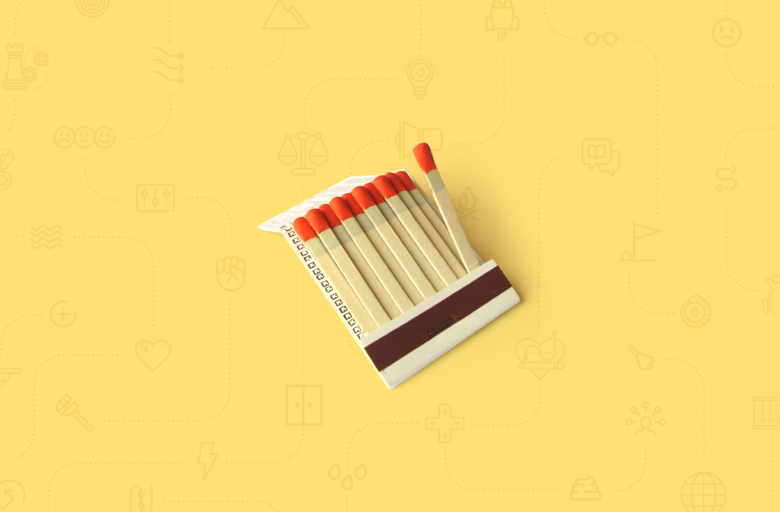 In their new must-read book New Power, Jeremy Heimans and Henry Timms predict that the organizations that will thrive in the future will be those that successfully mobilize people, both inside and outside the organization. To do this, they assert that organizations will have to break from “old power” values of top-down managerialism, control, and exclusivity, and instead embrace “new power” values of bottom-up collaboration, opt-in decision-making, and radical transparency.

My career has largely centered around activating internal and external audiences to create positive change across the old and new power spectrum, so I was honored to participate in the early discussion groups as Jeremy and Henry developed this idea.

For example, I’ve worked with heritage brands that had the courage and foresight to enlist their audiences to collaborate on new ideas and ways to advance their missions. But I’ve also worked with startups whose strategy was to keep a clear and transactional relationship with their audience. But mostly, I’ve found that organizations understandably move between both sets of values, as they try to make sense of how to achieve their goals in a shifting world.

This shift can also be felt inside the workplace, as many companies today fail to meet employees’ changing expectations of what it is to be a 21-century worker, with everything from outdated policies and practices to a hierarchical power distribution and a lack of authentic alignment to values and purpose.

In today’s hyper-connected, globalized world, where new social-political reckonings catch fire overnight, the stakes have never been greater for brands to mobilize their audiences—inside and outside their four walls—to take a stand. But driving people to take meaningful action requires a different approach:

Instead of designing a campaign, build a movement.

Campaigns often feel like an old power play. They are typically a top-down directive from a person or an organization. They’re resource-intensive, have a linear timeline, and start (and often end) with a broadcast of content.

Movements, on the other hand, spread bottom-up and sideways and often have either no leader or many. Movements speak to a visceral, emotional need for change, and provide just enough structure for people to easily customize, remix, or reshape the movement as their own.

Without people, there’s no movement, so the section of the book I found most valuable was about a different way to think about audience segmentation. I’ve used a similar framework throughout my career and have found it works well inside or outside an organization. In a nutshell:

First, identify the shapers—a small group of leaders (formally or informally speaking) who can channel or represent the needs of a broader audience. Shapers have the ambition and ability to send a signal to the crowd; the resources, influence, and tools to create just enough structure to identify the North Star; and the focus to get people fired up.

From there, build momentum by activating what Jeremy and Henry call the super-participants. These passionate ambassadors are the firestarters. Unlike celebrity influencers, who can make noise that fizzles quickly, this self-managed group of “connected connectors” exercises its influence in a different way. They are energized by the North Star, but they bring new context to it by flexing and reinterpreting its meaning.

Finally, in order for the fire to really spread, the movement needs a critical mass. Core to every movement is a large group of hand-raisers who share a point of view and are eager to contribute in a meaningful way without necessarily leading the charge.

Through trial and error over the years, I’ve found that it’s often easiest to engage the shapers and to identify the fire-spreaders. But without enlisting that critical group of super-participants, or firestarters, the movement never really takes flight.

The reason often boils down to control, which is also perhaps the biggest difference between old and new power—the desire and habit to want (even subconsciously) to control your idea, your audience, and your employees. This is why so many campaigns feel like over-orchestrated stunts, fail to ring true, and—as we’ve seen with some brands recently—turn your audience against you. As Jeremy and Henry note in the book, new power “requires a willingness to give up at least some control and accept a range of outcomes, including an answer you might not view as ideal. Otherwise, you’ll never really unleash people’s energy and enthusiasm.”

Of course, movement-building isn’t appropriate for all instances, but the next time you are faced with a challenge to activate the hearts and minds of your employees or your audience, take a look at the problem through the lens of new power. You might find yourself reaching your true potential faster, and more meaningfully, than you ever expected.

We use cookies to offer you a better browsing experience, analyze site traffic, and serve targeted updates through our social channels. For more information about our use of data and your rights, please review our Privacy Policy. Note that blocking some types of cookies may impact your experience on our websites and the services we are able to offer.

We use cookies to offer you a better browsing experience, analyze site traffic, and serve targeted updates through our social channels. For more information about our use of data and how we use cookies, please review our Privacy Policy.

If you continue to use this site, you consent to our use of cookies.